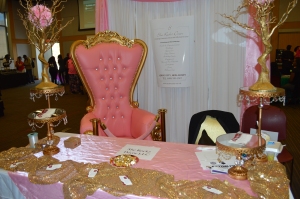 The expo took place at the Paul Robinson Center at the Rutgers University-Newark campus, and was held between the hours of 12pm and 6pm. The venue was filled with a variety of vendors. From local designers, chefs, and even a smoothie vendor; insert #smileyfaceemoji. There were plenty of millennial small business owners in attendance,  selling their one of a kind products. The event was curated by Aminah Sharrief and her brother Khalif Sharrief.

Aminah said their inspiration for the expo came from “…realizing that having my own small business it’s hard to get your foot into the door; so having an event where we all can come together in a positive moment in today’s society we can enlighten everyone and it’s Free. So it’s good to spread the word and knowledge that we are all doing something to better our future.”

Aminah went on to share how she went about selecting vendors for their expo.

“I went to a lot of house music festivals and people were vending there so I got the hook on that and went to another expo before this one, and I just took business cards, it’s always good to promote yourself and to promote others so that’s how I branched off and once we started passing out the flyers that’s when everyone else wanted to get their foot in the door too.” 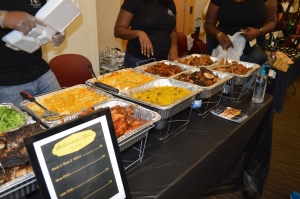 There was a jeweler, party/event planner, hair distributor, apparel line and much more. There were samples of cupcake and sangria from a local bartender and baker.

Aminah, who’s the owner of Peas n Kinks (a hair salon in West Orange, NJ) was selling her very own whipped shea butter along with satin bonnets infused with peppermint oil (how creative).

FMCA _ (Flawless Mistakes Clothing and Apparel) were among those vending and selling their one of a kind “King” and “Queen” hats and shirts.

There was live music by DJ Wallah and kids were encouraged to participate in a dance contest where each participant received candy at the end. There was also a fashion show featuring local designers.

Additional photos from the event are posted below. 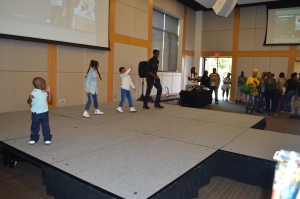 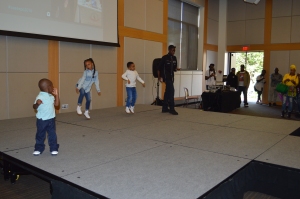 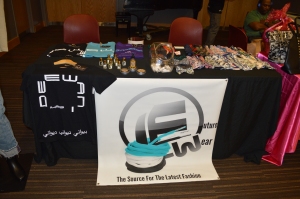 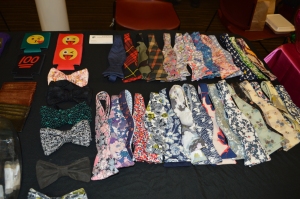 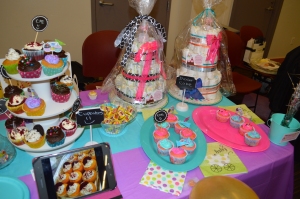